CURRENTLY OUT OF STOCK 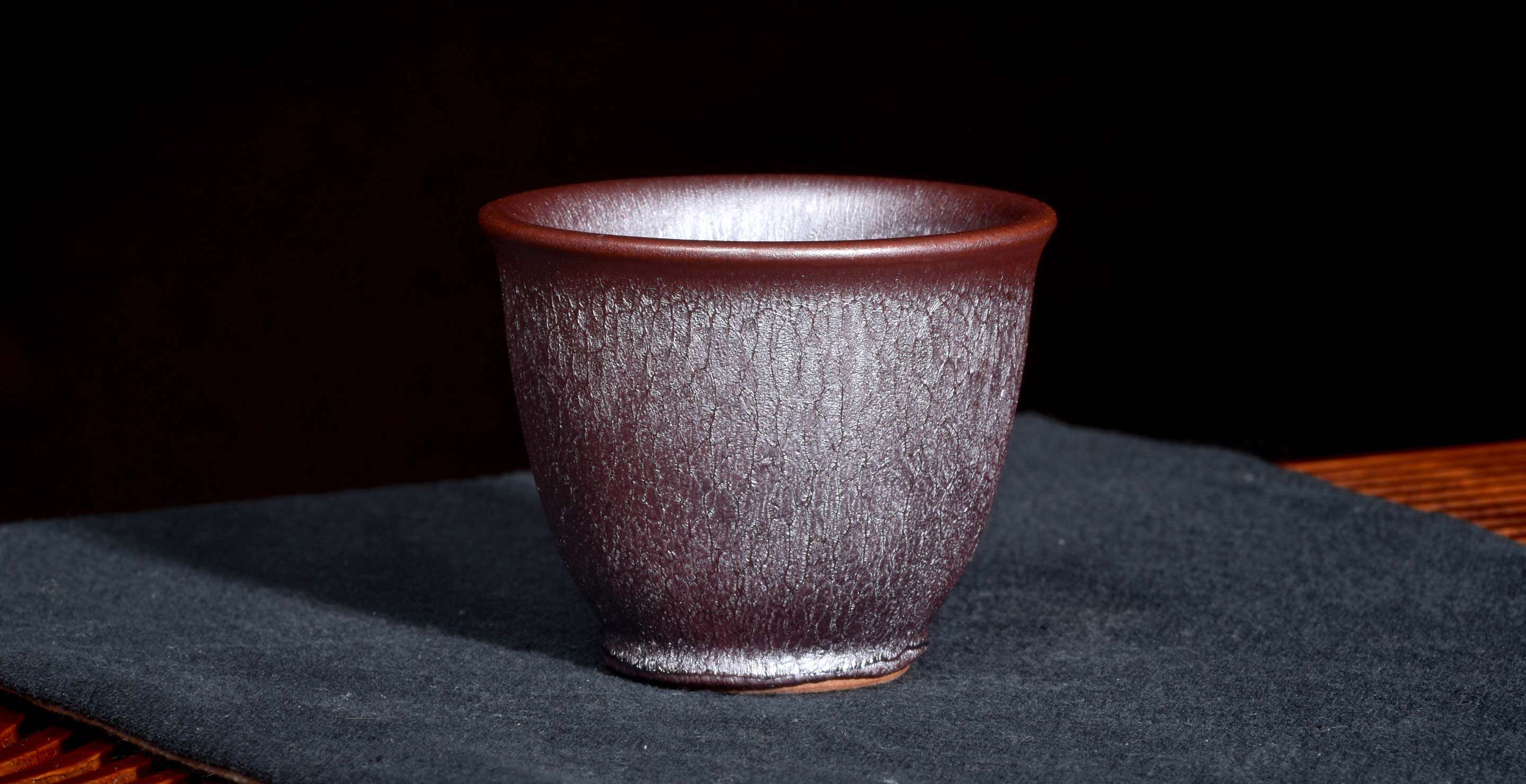 This stunning silver cup is the result of years of research and experimentation by award-winning master potter Lin Xi. The rippling cascading silver forms under the high heat of Lin Xi’s kiln firing a glaze that Lin Xi personally sourced and blended from an original Shui Ji mineral deposit used in the Song Dynasty. The silver effect reflects the formation of a rare kind of iron oxide under the heat of the kiln, not an effect that is painted on. This cup starts a pale moonlight silver, and over time with use it takes on a deep warm reddish silver finish. This unique cup was fully hand-thrown and fired in tiny batches dependent on the whims of weather and kiln heat patterns to achieve the desired effect.

Unlike many studios, Lin Xi personally oversees every aspect of his work without help. As a single artist, Lin Xi makes his own glazes, throws his own cups, and fires every batch personally.

Lin Xi works with our partner Li Xiangxiand the Yangxian Institute on building Jian Zhan fit to revive the Song Dynasty style dian cha ceremony, and has won many awards for his striking work. We are excited to represent his rare and highly collectible art for the first time outside of China.

"Jian Zhan pottery is made in Shui Ji, Jian Yang, an ancient art dating back to the Han dynasty, also known as Jian Yao. It is the most famous of the eight great pottery schools of the Song Dynasty.

While Jian Zhan was fired as early as the Han dynasty, it became an imperial tribute art in the Song, offered to the emperor.

Because Jian Zhan is incredibly difficult to produce, and very few pieces fire successfully to finish, it is an incredibly costly and laborious art. Tribute quality pieces were picked from countless firings and countless individual pieces. Jian Zhan became known as “min yao, guan yong” the labor of the people, the pleasure of the court.

Song Huizong, emperor of the Northern Song elaborates on Jian Zhan in his treatise on tea Da Guan Tu Lun:  “Jian Zhan is a prized midnight blue, woven with lines of jade.”

In the Song dynasty tea competitions, Jian Zhan was the most suitable preparation vessel, and with the imperial endorsement, every Song scholarly aristocrat would part with huge sums to acquire the finest pieces. Cultured Song poets praised the refined enjoyment of Jian Zhan. During this golden age, Jian Zhan was brought to Japan where it became known as Tenmokku, a Japanese national treasure.

Jian Zhan is fire and earth, united with perfect skill, a high art in the world of pottery."